Don and his birds. Bootiful thanks Don + UFOs! 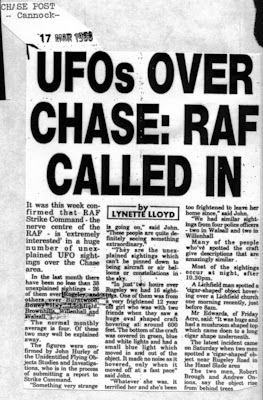 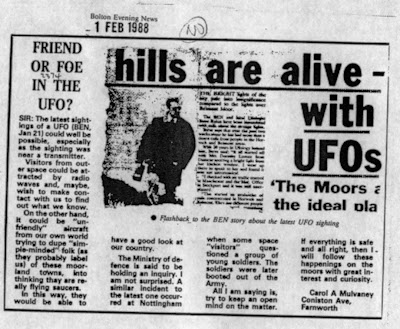 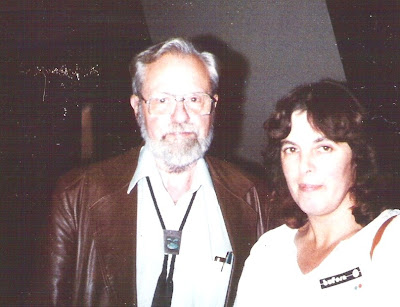 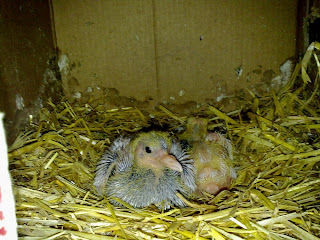 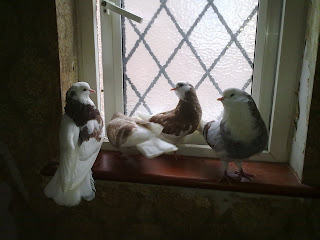 Don from Bexleyheath a valued friend of Dawn and John's emailed us about his new birds!

I have told you that I took charge of a pair of doves 3yrs ago , and that I was told they would never have chicks because they are bad parents (they were kept in a rabbit hatch and didn't have half the love & attention I've given them since taking charge of them ), well here I am with 4 healthy doves at the moment as they DID lay two eggs 2yrs on the trot although both times we sadly lost one chick as it was the first hatchling that was getting the bulk of the feeds but the survivors did fantastic and are teenagers now. Well this year they had 2 more eggs and they hatched out literally 2wks ago , but I thought I would send you these photo's to show you just how quick these hatchlings grow , as already they've changed colour and have their feathers and are squeaking for feeds but I reckon by next week they will be up on their legs and coming out of the box.

Georgina Wells then aged 20, was at her home address in St Johns Worcester, during the early hours of 6th February 2000, “I was unable to sleep properly being full of cold and happened to look out of the window when I was amazed to see a bright yellow egg shaped object slowly descending through the sky, apparently accompanied by a helicopter next to it. I lost sight of the object as it dropped out of view, I wondered if it had landed all of a sudden it shop back up in the sky now glowing brighter and disappeared from view.”

Enquiries made with the West Mercia Police revealed the Force Helicopter was not used on that night, nor was it a military aircraft according to the MOD, was it possible the ‘helicopter’ formed part of the UFO?


Further conversation with Georgina revealed she had actually seen the object which had two small flashing red and blue lights one on either side moving around in the sky for an hour, before it and the other object resembling a small plane or helicopter in size shot off across the sky leaving the twin lights hovering in the air for some hours.’ If there is an explanation for what I saw I would be very interested I know I was on my own and there is nobody else who can verify the sighting, but what I saw was no aircraft or helicopter, it was real and I felt privileged to see it (Source: Evening News Worcester 7.2.2000 ‘Glowing object sparks UFO alert’/personal interview)

Another incident involving a UFO and Motorist was brought to our attention by Cheryl and Grahame Underwood, from Colwyn Bay Clwyd who described what took place at 7.30pm on the 17th of March 2000. Cheryl, “We were on our way to take part in an inter counties netball tournament at Newport Cardiff. Just after Wrexham at the Llangollen turn off we drove along a single lane carriageway towards Oswestry, when we saw six or seven misty saucer shaped lights forming a circular formation in the sky and thought they were being created by our car headlights shining through railings at the side of the road.

We continued on the journey, when all of a sudden the lights appeared from our right and moved slowly towards the centre of the road swirling around in a clockwise direction. When they reached the centre of the road they stopped and started to spin anti clockwise before moving away, they did this six or seven times each time getting closer to us, suddenly they went away, we looked in the rear mirror there was no sign of them following the incident she suffered from weight loss caused by an inability to keep food down and was treated with medication after seeking medical advice, fortunately the situation resolved itself some 2 months later. Source :personal interview)