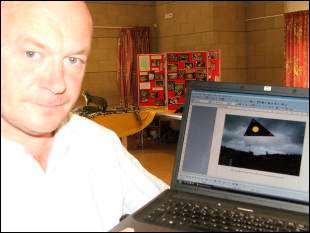 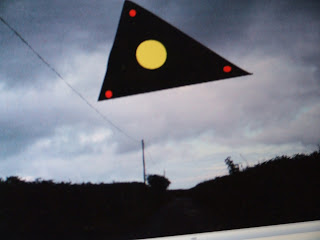 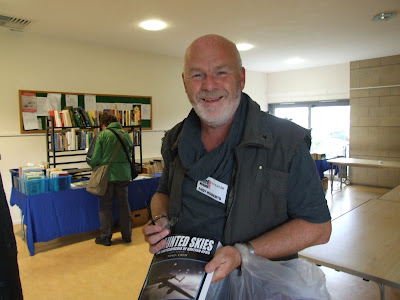 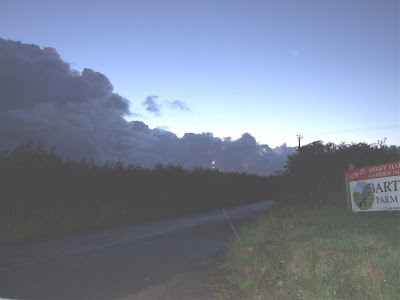 An Unidentified ‘triangular’ flying object, evidence of a big cat seen in the woods and a visit from a famous explorer were all highlights of the Weird Weekend held at Woolsery Sports and Community Hall in sunny Devon during 2010, by the Woolsery-based Centre for Fortean Zoology, (CFZ)
John Hanson:
“This was the first time we had been at the venue. After finding the hall a mere stone's throw away from Jon and Corrina’s house we spoke to world-famous author and UFO celebrity Andy Roberts, who had arrived is his camper van.

We found him a charming man who was a pleasure to talk to. We hope he will make an appearance at the next event when we will hopefully have the opportunity to share a glass of ‘falling down water’ as we say in the Midlands. Hope to see you soon Andy!”

We met up with David Curtis, 43, a care worker looking after autistic children in Durham, who was driving back to the hall from his bed and breakfast lodgings at around 10.55pm on Friday night, when he spotted a triangular object floating above the telegraph wires on the road between Bucks Cross and Woolsery.


"It was as big as a bus and wider than the road I was travelling on, and had a bright white light in the centre and red lights at each corner. It was making a whooshing noise, just like the sound you hear when you're standing near a wind turbine and was travelling at about 40mph. I only saw it for a few seconds and there was no sign of it when I looked in the fields next to the road. I'd like to know if anyone else saw the object.”

We went to the location and parked up but never saw any sign of the object that had made its appearance earlier. The illustration provided by David has many similarities with other UFOs commonly labelled as ‘Triangular UFOs’ which allegedly made their appearance during the early 1980s. But in fact we have sightings of such objects going back many years. Triangular or Christmas-tree-shaped objects were even reported by pilots while flying over Germany in 1944. 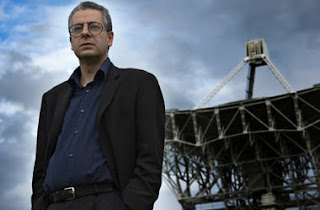 "The period 1982-1986 saw a massive wave of UFO sightings in the Hudson Valley in America, where many of the reports involved sightings of large triangular craft. It was in the Eighties too that reports of triangular craft became more common in the UK.

Typically, the UFOs were described as large, black, slow-moving (though capable of accelerating away to the horizon at incredible speed) and silent. The Ministry of Defence’s case files contain numerous reports of such craft and while some sceptics believe these may be early sightings of stealth aircraft, various factors – most particularly the lack of sound – rule out this theory"


We include a favourite photo of Maude to complete the captain's log - sorry Blog - for today, Saturday morning, with a host of things to do. Dawn has been labouring on getting Volume 3 right; I have been working on Volumes 4, 5 and 6 (6A) (Rendlesham) and am going to paint fences and hopefully put the carpet down on the stairs, a job thats been waiting for about 6 months! 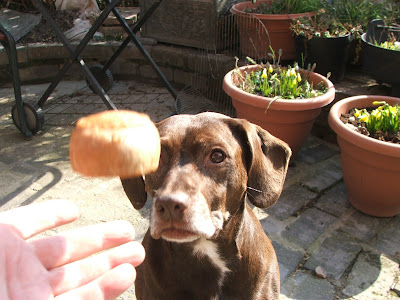 Published with Blogger-droid v1.6.8
Posted by Haunted Skies at 04:44

Email ThisBlogThis!Share to TwitterShare to FacebookShare to Pinterest
Labels: America