Edgar Mitchell and his views 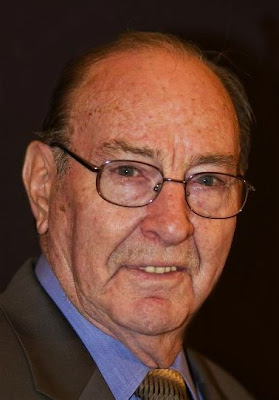 The aliens are coming and starting with Kerrang! Jul 28 2008

Dr Edgar Mitchell – the sixth man on the moon – told Kerrang! Radio last Tuesday he had been “briefed” on UFO phenomenon and governments had covered it up for 60 years.

He told stunned host Nick Margerrison on The Night Before show: “I’ve been very privileged to be in on the fact we have been visited and that UFO phenomenon is real, although its been covered up by governments for quite a long time.”

The story was quickly picked up by national newspapers and TV stations in the UK and abroad, including Fox News and CNN.

Kerrang said its website, which normally averages about 10,000 page views a day, increased to 37,000 on Thursday when the story went worldwide.

One YouTube video alone containing the audio from the interview received over 50,000 views in just one day.

Nick Margerrison said: “I was as shocked as I’ve ever been in my life when he said it.

“He has hinted about this kind of thing before but we weren’t talking about that initially, we were talking about walking on the moon.

“The response we’ve had has been incredible – it’s gone viral."

Published with Blogger-droid v1.6.8
Posted by Haunted Skies at 00:50

Email ThisBlogThis!Share to TwitterShare to FacebookShare to Pinterest
Labels: Aliens