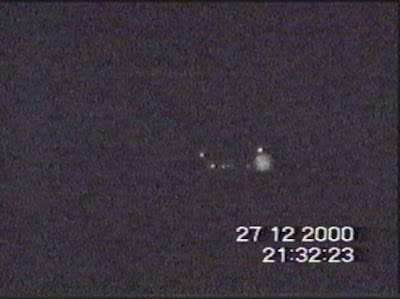 At 8.29pm 27th December 2000 a group of people, including Brend Butler and Jack Solomon (head of the Norwich UFO Group), and members of the Essex UFO Branch, were standing talking on an elevated section of the forest, near to the end of Track 10, opposite to the field nominated by Larry Warren (coincidently visiting the forest that night) as being the one where he saw the UFO land 20 years ago

A ball of silver light was seen approximately half a mile away travelling `slowly, just above the horizon followed by a number of others apparently rotating our impression being that it may have been over the forest although we believe it was more likely to have four to five miles away possibly over towards the direction of Orford Ness,.

We cannot prove this was any ‘Alien Craft’ all we can say is that we have never seen any strange lights like this either over the Forest or in the sky before, at this particular location. Fortunately we managed to video the effect,( by using a Sony Handy cam Video Camera, with night light 72Xdigital zoom) Was it a hoax? Could it have been a balloon filled with gas and ignited? – Unlikely in our opinion.

The following day we were interviewed by the local TV Station Look East and Suffolk Advertiser Newspaper, but it wasn’t till many months later that we discovered we were not the only ones to have witnessed something unusual occurring at that time in the forest, one of whom was Mark Doulton and members of the South end UFO Group.

http://www.youtube.com/watch?v=NlH8MrPC-RY
Nb:The still shows summer time on the Video and were an hour out.
Oddly we also came across a very interesting photograph taken during a visit to Rendlesham Forest some years ago which shows a peculiar 'flying sacuer' shaped
object the first small photo is enhanced from the larger, the other was put through a filter. 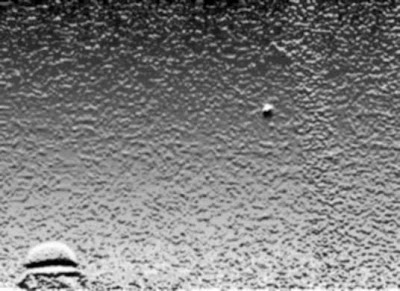 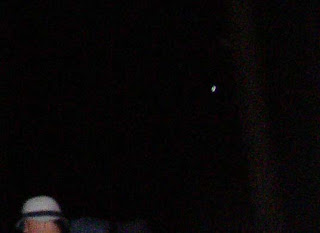 Published with Blogger-droid v1.6.8
Posted by Haunted Skies at 06:53