Friday on the Blog, Budgies, and UFOs 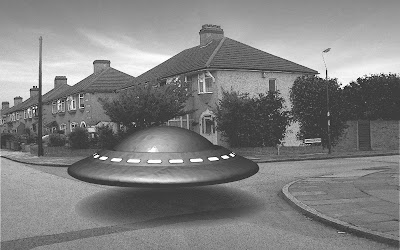 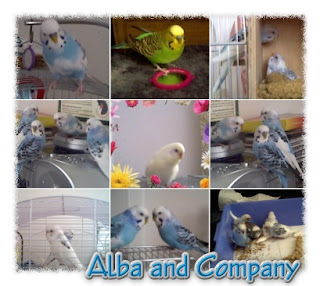 Jools( Julie) send us a a pic with all her budgies , "pops the green one and squeaky in the middle are no longer here but they are with me everyday in spirit, squeakywas special brought her up from a tiny baby she was one of those one in a million birdies. This is a favourite picture because they are all together. Over the years I have had 30 budgies live me some disabled, some really ill and got them better"
Jools has been assisting the authors of Haunted Skies by trying to promote the books and sending emails to various newspapers hoping that someone out there'is there anyone out there' who may like to review the books. So the least we can do is to show her delightful pets on the blog. Recently she emailed Peter Andre's agent who told her Thank you for your email. Unfortunately due to Peter’s extremely busy schedule, this is not something we can help with" Heard today the our good friend Phil Mantle will note be directing operations at the Matrix Conference this year and that Dave Fanklin has stepped up to do the honours. I spoke to Phil today and wished him our best.
Here are a couple of 'threads' from Ian Payne to the readers, ths first is of a UFO on You Tube from Costa Rica http://www.youtube.com/watch?v=kJx4dKTkcjg&feature=related
and the second involves a UFO and the Brazilian Air Force.http://www.civilizationoflight.com/UFOs_and_the_Brazilian_Air_Force.html
Today we went to the Library and asked the lady there is she would be willing to stock Haunted Skies. She is going to make some enquires and let us know....hops so that will be good news for us and the Publisher. The only book on UFOs we found in the mind body and spirit section ( 250books) was one that dealt with Conspiracies. We had to laugh, on one page they had even spelt Rendlesham as RENDELSHAM - is this part of an even greater conspiracy! James Salandin rang me today he is a smasking man ex RAF Pilot who saw a UFO in 1954,a sensible rational man whom I admire.

James told me about the more 4 TV production of 70 years of UFOs on tonight at 9pm? This is one I have seen before, and will not be bothering again quote" this two-hour special, journalist Nick Cook embarks on a journey into a world of mystery and deceit. After 20 years of investigating some of the strangest and most secret military aircraft to take to the skies, Cook, a British Aerospace specialist, applies his expert knowledge to the fantastical realm of UFOs, close encounters and tales of alien abduction.

Featuring dramatic reconstructions and first-hand accounts, interviews with military experts and historians, as well as startling revelations gleaned from secret blueprints and classified government memos, this programme digs through the evidence from the last 60 years: from early sightings during the Second World War to the mass reports of alien abductions that swept America in the 80s and 90s.

Drawing on such landmark cases as Roswell and the Zamora sightings, Cook attempts to establish once and for all what has really been flying through or airspace .
We now enclose an illustration (see top left) from Volume 1 which relates to a fantastic UFO landing involving Margaret Fry in July 1955. (c) David Sankey 2006 This is what they should be talking about!
Posted by Haunted Skies at 08:39