Getting your book published!

If anyone has aspirations to publish their work we recommend that they consider using the expertise of Bob Tibbitts to prepare and design the PDF (print-ready PDF), a vital requirement of the print-on-demand process. This can then be sent to a publisher (this way you have control).

Bob is always willing to help and advise as to how the dream can be realised.  Bob has many years in the printing and publishing industry and has been assisting us using up-to-date software to ensure a smooth passage from dream to reality!    If someone has the script and images, then Bob will be pleased to discuss the matter further without obligation. Bob's early work is shown below circa 1971! 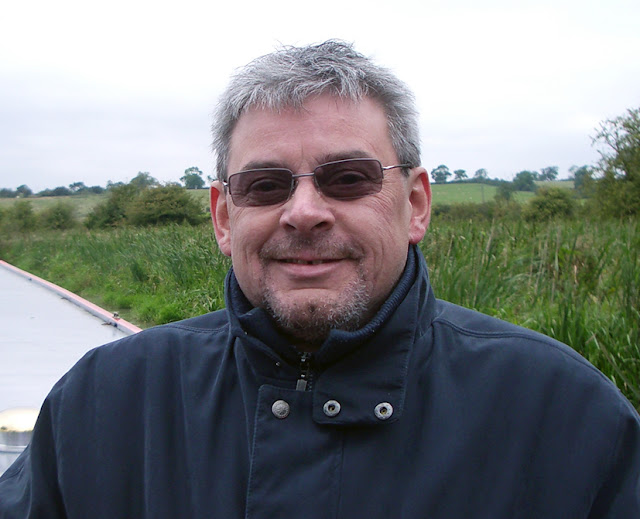 Haunted Skies Publishing are looking for illustrators
that can assist us. In return you can have a couple of pages to insert the family dog, goldfish, pet snake or  family photos - if your willing to help us it's the least we can do.   These images will be for Volume 8 in colour! 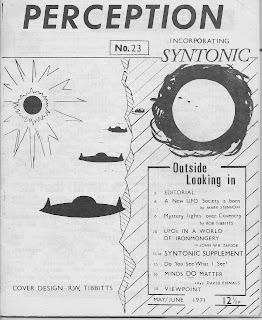 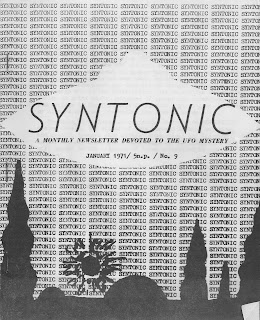 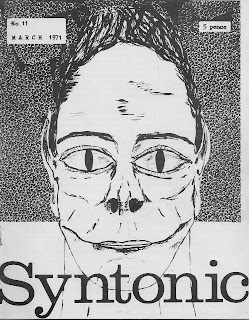 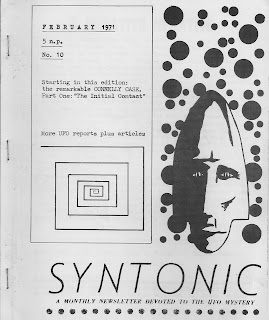 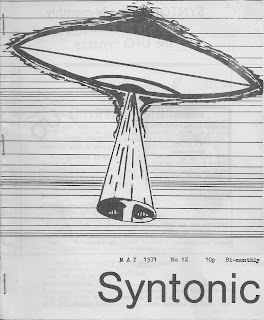 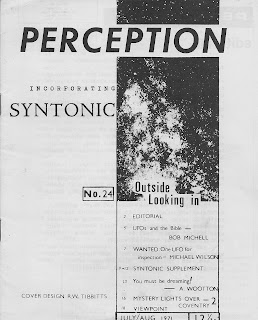 The recent UFO conference organised by the Association for the Scientific Study of Anomalous Phenomena (ASSAP) was billed as a summit on the future of UFOlogy. It was held at the University of Worcester on Saturday 17th November 2012.

The University of Worcester is a pleasant enough venue, although it was disappointing to find the event wasn’t sign-posted when we arrived. Along with other delegates we made our way to the main building, which had a local archaeological conference in full swing with dozens of book stalls and food counters.

By contrast the ASSAP event was in the impressive-sounding  conference centre, a 1960s brick out-building on campus. We arrived to things still being set up - a marked contrast to the archaeological conference.

Arriving early gave us time to find a seat and have a look at the one and only book stall.

Rev. Lionel Fanthorpe
Well, what can you say about Lionel? Everybody loves Lionel! Lionel kicked off the proceedings by opening the event in his usual enthusiastic style.

Ian Ridpath
The first real speaker of the day was well known astronomer and UFO sceptic Ian Ridpath. I know he is a sceptic, but I have to say that his was a very good talk. Very professional and very well presented, which made up for some of the holes in his arguments that all UFOs are mis-identifications of known astronomical or meteorological events.

Paul Vella
It’s never good to start a lecture by saying that you don’t know much about UFOs! His subject is bigfoot, so not sure what he was doing here! Still, he gave an interesting history of flying saucers and aliens in cinema and tried to show how these depictions (good and bad aliens) was influenced by politics. So, for example, during the Reagan years in the White House we should have seen films depicting ‘bad’ aliens. Unfortunately, as Paul admitted, quite the opposite was true! Oops!

Due to overrunning and late starting, lunch was 20 mins. Mad dash to student union (5 mins), wait a long time (5+ mins) to be served  as none of the staff had prepared any food and even though there were three members of staff behind the counter we all had a very long wait! This left  approx. 10 mins to eat your food (less if you dared to order anything hot)!

Sacha Christie
Interesting speaker. I had been looking forward to this speaker as I had read a little about her and was keen to find out more about her experiences. She was a good speaker though she appeared a little nervous and defensive. Unfortunately there was very little information given out about her family's abduction experience in 1997, which would have given more contextual narrative to her main argument: abductees are real people with real experiences; they are just as confused by these experiences as everyone else. Some interesting points about a multi-disciplinary approach to abductions.

Trystan Swale
Trystan is a nice chap. He is sceptical with a capital 'S', and probably with good reason. His talk was on crop circles, and the feel was that this was an easy topic for a sceptic to choose so they could make fun of it. Potential genuine paranormal experiences were quickly brushed over, leaving the audience members I spoke to feeling disappointed.

Kevin Goodman
Probably the best talk of the day. I always like to hear Kevin talk about Warminster. Balanced approach with interesting historical details and a nice video featuring Arthur Shuttlewood. Kevin always comes over as a genuine, down-to-earth guy trying to work out what his experiences at Warminster were all about. Although sceptical with a small 's'  about some of what went on in Warminster, Kevin at least is open-minded about what could have happened in this small Wiltshire town.

Cal Cooper
Doing his PhD in parapsychology at Northampton Uni. makes Cal uniquely positioned to talk about ‘UFOs and the Paranormal.’ Very good speaker. His subject was ‘UFOs and the Paranormal’, except he didn’t talk about this - instead he talked about his new book Telephone calls from the Dead (which he talked about at last year's ASSAP conference)! He threw in a couple of cases where people claimed to have had phone calls from aliens although missed the famous Arthur Shuttlewood case. The second speaker who started his talk with saying he knew very little about UFOs, and he pronounced UFOlogy wrongly throughout his talk!

John Wickham
To be honest, by this stage we had had enough and left early (nothing against John, who seemed like a very nice guy). John, from BUFORA, was standing in for Tony Eccles. Feedback I have heard from people I know say his talk was good but again, nothing new.

Lembit Öpik
Well, unfortunately Lembit couldn’t make it. Known more for being a former MP and marrying a ‘Cheeky Girl’ than his UFOlogical research. But don’t be too upset; if you must see Lembit speak on all things strange, he is at the ASSAP conference at Bath University next year - try and contain your excitement!

Overall, from comments I heard from other audience members, it was a very general conference covering the basics that a lot of people already knew. There was nothing very new presented at the event.

The event itself was well organised, though there were a few glitches, namely a P.A. system that didn’t work properly all of the time, hand-dryers in the gents toilets that drowned out the speakers, and for quite a few of the audience, members of a certain West Midlands UFO group who insisted on whispering loudly and opening bags of sweets through every presentation!

So there you have it. A rather strange choice of speakers, some who openly admitted they knew very little about UFOlogy. Why ASSAP didn’t go for speakers who actually knew something about the subject was a source of much puzzlement to everyone at the event! Conclusion: nice try, but could have done a lot better!