Haunted Skies Publishing has arrived! Volume 7 on the way 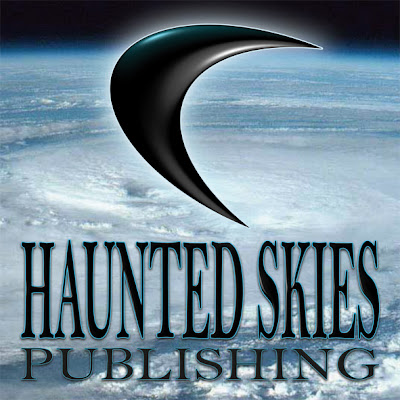 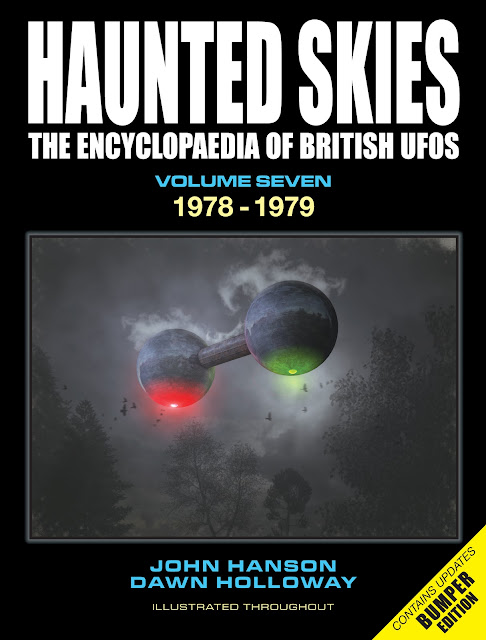 Front cover by David Sankey (c) 2012
From Bob Tibbitts. When mentioning me re my services would you also mention that I create CD artwork please and that my 'company' name is iSETand the email address is: 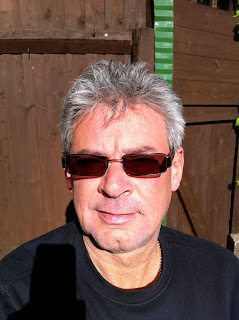 Michael Brandt.  I just heard your podcast about flying objects...
I live in Winnipeg Manitoba (Canada), and recently saw flying orb of white light right in front of me after i seen it and ran up to it, it lit up the whole area and flew up on some power lines (like a big power plant with electric fence) it sat there for at least a good minute before it flew up in the air and over the town houses next to were we were!
Anyways contact me if you want to hear more... Also I'm not sure were to report to about ufo sightings I feel this needs to be documented! Maybe I should of contacted non-emergency I just wasn't sure but I did call 311 the operator that helps people with situations in Manitoba, and they said nothing came up on there computers.
We have emailed Micheal asking for further information but have not received a reply.


From Cal Cooper who spoke at the recent ASSAP Conference

Hi John,I just wanted to contact you as I read the review by Brian Russell who made some errors about my talk. He stated that I was meant to give a talk on 'UFOs and the Paranormal' but spoke about my book instead. I was never actually booked to speak about the latter title, but was in fact asked to speak about 'Interpretations of Anomalous Phone-Calls from Aliens'. Even though I re-emphasied this, the advertised title was never changed (to my annoyance). At last year's ASSAP conference I spoke about returning to this kind of research, my book and data collection was completed in March this year, so this was the first time for ASSAP I'd spoken about it. The talk at the UFO conference was to advertise an article written by C.R Foley and myself which will appear in the next issue of Anomaly. The article is about bridging the gap between Ufology and Psychical Research.

I just wanted to clear that up as I think Brian may have been confused, especially by the title of the talk and then what I spoke about. Plus I'm not sure how Brian pronounces UFOlogy, but personally I've always heard it pronounced as 'you-fology', in and out of academic circles.

Great blog on Haunted Skies, I'll keep following and hope to see you at the next conference

Police car levitated off the ground in 1978 and turned upside down!

This is one of our current investigations, just raw script not yet proofed for the book.

During the summer of 2012 we wrote to the National Retired Police Officers magazine (NARPO) asking them if they would be prepared to publish  an article from us appealing for any of their members to contact us with regard to any sightings of UFOs  or inexplicable phenomena they may have encountered while on duty.

In early November the Magazine printed the letter from us following which we were contacted by a number of officers one of whom was retired Detective Inspector from Kidlington near Oxford. (He was 19 when he joined the Force in 1959)

We went to see him on the 16th of November this is what he had to say.” I was promoted to sergeant collar number ‘1977’ on the 5.1.1978. At the time of the accident occurred I was posted to night duty and driving towards Aylesbury on the A41at about 3am in early September 1978 in a brand new Ford Escort which had 35miles on the speedometer.

It was a clear dry night with excellent driving conditions, so I switched off the car headlights. (Authors: This may sound a rather dangerous practice, but it was common to drive occasionally blackened out, in order to spot lights in the nearby activity that may be the result of criminal activity, not forgetting that by doing this you could (conditions prevailing) see other vehicles approaching) in which case you would of course immediately put the car lights back on) I had my overcoat on with the collar turned up; the next thing that happened was that I was aware of the being upside down and pointing in the other direction towards Bicester.

I began to crawl out from the (open door)? or window?  But was prevented from doing so by the epaulette on the left hand side of the traffic coat catching something, in the car, but I managed to free it and crawled out onto the road. My first feeling was of relief; I remember thinking how wonderful the first’ suck’  of water was from a rain puddle on the tarmac, as it had started to rain accompanied by that peculiar refreshing smell of rain on the dry road. I had an impression of the local surrounding being very blue reminding me of an old fashioned TV Screen a royal blue colour

A lorry pulled up in front of me the driver got out and helped me to my feet after advising him I wasn’t seriously injured, although my back was in agony, I then asked him where he was going he told me Bicester. I looked around at the Police car and was shocked to see that the top of the vehicle had been squashed down. The roof was now 15-18” above the top of the windows.  There was a massive dent in the roof. I stood there in shock wondering how the bloody hell this had happened, as I had not struck any other vehicle or obstacle in the road. (It was now 3.10am)

I made my way over to the nearby cottage and knocked on the door, a woman opened the door and spoke to me, she said, words to the effect” You were quick I’ve just phoned the Police the crash awoke me. “I explained that I was the officer concerned. A short time later PC Michael Horne arrived and we stood pondering on what had caused the car to flip over onto its roof with significant force.

He checked the side of the road grass verge and nearby trees, and could find no sign of any collision with the Police car or skid marks and was just as perplexed as I was at to what had caused the car to end up like this.

An Ambulance arrived and took me to John Radcliffe Hospital at Oxford, where I was treated for the back injury. A Police Inspector then took me home.

I still have no idea what it was that caused the accident, it was suggested that the car had skidded on a patch of oil, but this wasn’t true. Strangely another officer who attended the scene told me he had seen a mysterious blue light in the sky over the locality of the accident as he was on the way there. Was there a connection with what I had seen? Strangely I believe that there was a period of time that I was unable to account for.
Police Car seen along same stretch of road in November 2012 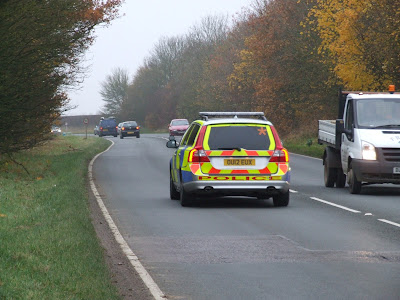