Last Wednesday morning (Solstice) we drove to the Henge Bookshop in Avebury , and after having a chat with Esther and John, who are now selling Haunted Skies books, we came across a friend of ours, ‘Viv’. She was in the car park opposite with her friend Graham, and lives in Glastonbury. She is a talented artist and an old friend of ours. She drives ‘Luis’ the van, and it was Dawn who was the first to spot it. 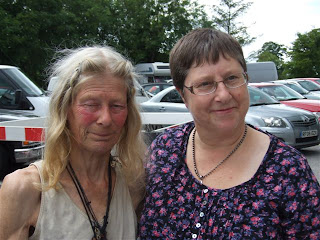 We then bumped into Denny Clarke, a lady who we knew from yesteryear, and who was showing some American tourists around the stones. We handed out some business cards and showed them the books and after kissing her goodbye, we walked around the stones and introduced ourselves to various people telling them what we were doing. Suffice to say there were not that many people about, as it was mid-week and the weather was not very good. 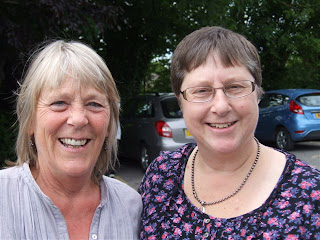 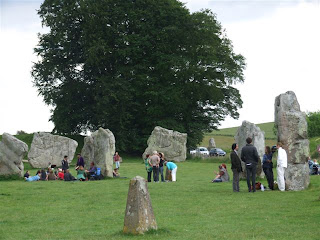 We stopped off at Marlborough Library and spoke to a friendly librarian who asked that we leave a book with her in order to ask the committee whether they would be prepared to stock Haunted Skies.

We then went to the Red Lion public house and had a drink and chatted to Alfie the baby (well at least to his beautiful mum) before walking over the antique shop where we were shown some UFO books that had belonged to Andrew Collins, who used to live in the Avebury some years ago. The owner told us about a UFO sighting he had had with his daughter during the 1990s when they saw a cigar-shaped object showing flashing lights hovering over the village. 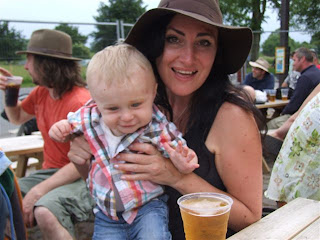 We then made out way to Eastfields where we parked for the night in the car, after having visited the car park at the top overlooking the fields and speaking to tourists who were looking for the recently formed crop circle that had appeared a few days before. We were told this was a hoax, but didn’t see it ourselves.

After a hardy night we set off across country to Glastonbury, where we made our way to the Gothic Image bookshop where we were asked to leave two books for them to make a decision about stocking Haunted Skies. We then continued our journey to Devon where, after enduring the pouring heavy rain, we arrived at the publishers on the afternoon of Friday, by which time I had began to develop a heavy cold, which I still have today. No doubt sleeping out on the side of a rain-soaked hill is not good for your health! 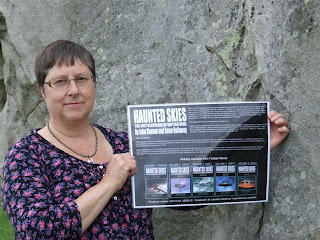