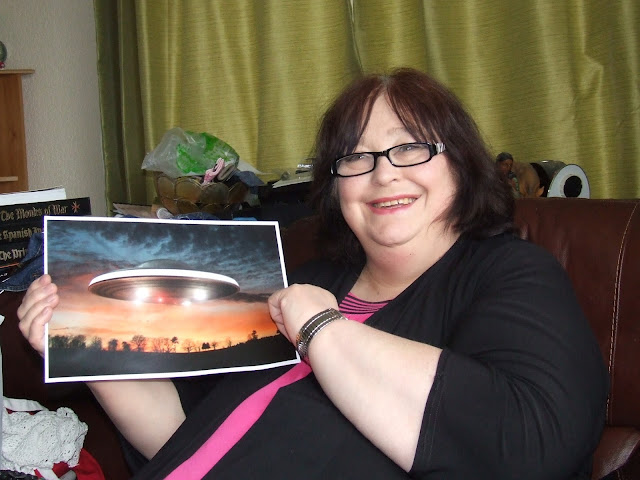 Preserving the history of the UFO Phenomena

The above Photo is of Val Walters and shows the UFO she and her two companions saw in July 1981. Illustration compiled by David Sankey.
Val: "The photo is spot on and makes me go all goose-pimply"  Photo (c) May 2013 John Hanson.   This case will be covered in Volume 9 1981-1983

Hi Everybody, I thought I would update you regarding the progress of Volume 8 which is currently waiting another final proof check, this involves printing off the pages as well as checking the print ready PDF.This costs quite a bit of money.But is the only way to ensure that errors are minimal.

We can tell you that this book has been split into 12 chapters, and thatit is a new breed of Haunted Skies Books published by myself andunder my control.   Sometimes people don’t realise that this is a ‘rolling   road’ of UFO re- investigations, involving trip far and wide all at our own expense.   These books are not about us they belong to everyone it is their history we are trying to preserve.

Half of Volume 8 is committed to not only the events of the *RFI but what has taken place during the interviewing years. We have spent an enormous amount of money on this project and  have only made peanuts in return, but its not about making money its about at least trying to create some awareness through the books, which we believe will grow in momentum, with Volume 8 and 9 of Haunted Skies.(Rendlesham Forest Incident
.
I could have published Volume 8 and onwards in black and white and increased the size of the publisher’s compensation, but I have chosen to publish in colour because I think people want to see some incredible images in colour. I hope I don’t have to increase the price of this Volume (A third larger for the same amount of money if I do it will be a pound or two….I cant sell book at a huge loss, as I need some money to plough into the next one, each and every Volume cost me approx £500 for the work to be typeset into the book by Bob Tibbitts. But he is making fantastic job of it and I thank him for all of his much valued assistance.

Bob is more than willing to discuss with anybody that is interested in geting their own book published via  (Print ready PDF) a life dream for most of us. He is highly recommended and has a lifetime in the print industry, so if anyone wants him to build up a print ready PDF with all of your photographs, and text, whether it be ‘Our favourite cats’ ‘My old Mum and Dad,’ or a ‘Scientific study of the Universe’, Bob is the man! He can be contacted on isetcdart@tiscali.co.uk.   This way you get your book in print something for the grandkids....or a precious gift to a loved one!

Volume 9 is progressing it will cover the period 1981-1983, we are currently reviewing
July 1981 and have already consumed nearly 100 pages of the proposed 420page book

I have to say that still after 3 years I am spending at least 8-10-12 hoursa day in putting the raw text together for Dawn to then proof read and edit. We would also like to thank people like Wendy Milner,David Bryant, Robert Townshend, David Sankey, Wayne Mason,
Steve Franklin, Jason Chapman, Pip Foster and others all of whom have produced images for us for nothing from the bottom of their heart,not forgetting Janet and Colin Bord who have allowed us access to their images……..Thank you both for your help…

Thank you to Philip Mantle for his invaluable help, and also Kevin Goodman for plugging Haunted Skies during many podcasts.regards to you Kev and your lovely Aunt Bessie!

The photo below is of Dawn on the right of course, and Doreen Turley whose husband Chief Inspector Len Turley was in charge of the Police investigation into the Washwood Heath stone throwing saga  in 1981.This has been investigated by us and will be in Volume 9 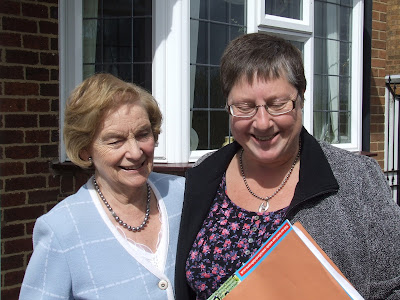 Hopefully the people that read the online magazine Matrix will have the opportunity of being able to read something about the progress of Haunted Skies  thanks to David Franklyn of Healing of Atlantis for promising to get the latest books onto the website, and thanks go to Matt Lyons head of BUFORA for his support. Thank goodness they have all helped us because otherwise these books would never have been produced….Thank you all for your help……John Hanson and Dawn Holloway (Dawn seen here relaxing on a short break to sunny Devon) Did you ever see so many darned midges!! 3rd photo seal off Buck Mills coast, being chased by a seagull.  4th Photo Mum and offspring.
5th Photo seen on Hartland Quay 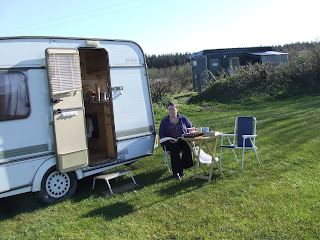 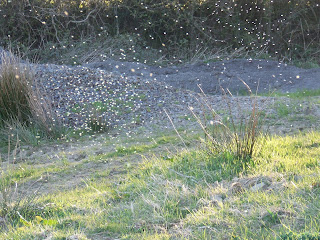 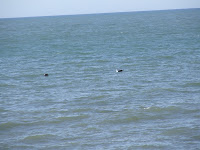 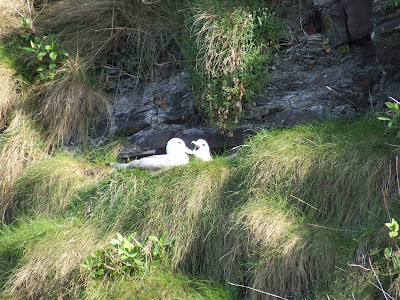 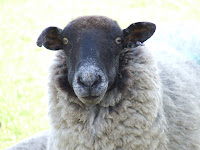