The strange tale of Aleksei Leonov 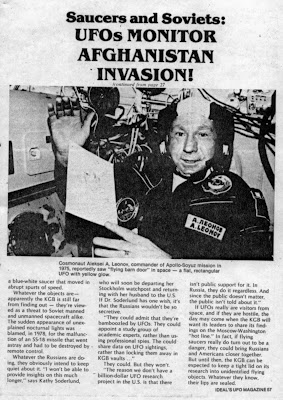 On 23rd March 2005, fourteen years after the USSR had disintegrated Leonov was interviewed by a Russian publication Drugoye Vremya (RIAN Agency). The press-conference was in honour of the 40th anniversary of his space walk. He said that all Earthlings very much want that there be someone except us, but alas, in the confines of the Solar System, there is no intelligent life (he really meant other than human beings-PM/PS) Leonov added:

“I declare it with full responsibility”.

Our ‘special correspondent’ on astronomical and astronautically minded matters - David Bryant - has himself spoken to Leonov on a number of occasions, and confirms the following conversation, which is widely available on the internet:

“As a military person, I headed a commission for the research of unusual space phenomena, and I swear to you, not even one occurrence had been established by us the unusual objects observed from the Earth, as a rule, had to do either with special meteorological phenomena or rocket launches of spacecraft as their exhausts had taken extremely peculiar shapes in the upper layers of the atmosphere. 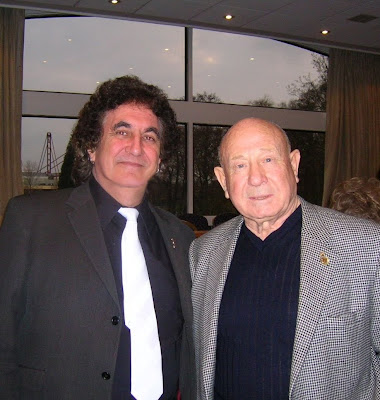 nd them, especially in the clear wintry weather, could be observed for an extended period of time in the area of the Plesetsk Cosmodrome (space launch facility PM/PS), in the Saratov region, and over Baikonur after the launch of the Soyuz launch vehicles. Many people saw them, and took the rings to be UFOs; retold to each other, and thus legends were born.

Up to now nowhere in the world has there been taken even one clear photograph, where one could look at, and unambiguously assert that, yes, this is a UFO. Why are there no such photographs now, when almost everyone has a photo camera in their mobile telephone?”

In April 2007, videos were shown on You Tube, showing footage alleged to have been taken by the American-Soviet crew of Apollo 20, launched on August 16th, 1976, from Vandenberg Air Force Base, in California, crewed by Mission Commander William Rutledge, Command Module Pilot, Leona Snyder, and Lunar Module Pilot, Aleksei Leonov. The ‘whistle blower’ declared that during their mission to the far side of the Moon, in 1976, they had taken film of a derelict crashed alien spacecraft.

Such claims can whip the imagination to unparalleled height of excitement. It seems a scenario more in keeping with the script of a Hollywood blockbuster, than stark reality, so one should tread carefully before forming any judgment on a matter that is outside the remit of common sense, taking into consideration that the only way to prove this alien vessel exists is to go there and look for yourself! An impossible course of action now although one perceives the likelihood that trips to the far side of the Moon will be part of the itinerary in the late 21st Century. If they are who known what lies up there? One thing is assured we doubt that Aleksei Leonov was ever involved in any clandestine journeys to the Moon; there has never been the slightest of hints during his conversations about such matters with David Bryant.
Posted by Jon Downes at 07:28