I spoke to Kevin Goodman the other day, and wished him luck at the forthcoming lecture, details of which are as follows:

Kevin has been described, along with his long time writing partner, Steve Dewey as "The acknowledged experts on the forgotten slice of UK UFO history that is "The Warminster Mystery". Unlike most modern researchers, both Steve and Kevin "were there" during the latter days of the enigma.

Kevin will give first hand accounts of his own sightings in the area, along with a history of this most fascinating case. He will also touch upon how he became interested in the subject, and how, in his mind at least, UFOs have become almost a new religion to those who have passed religion by.

Kevin's book is due to be republished by Jon Downes, on the CFZ imprint during July 2012. The ISBN number is 9781905723928. He will be more than happy to sign any copies that members bring along. Hopefully, Kevin will have a few copies along with him for sale at £14.99

BUFOG is proud to welcome back Kevin for the first time since his talk back in 2008. For those of you lucky enough to be there the first time round, he will be presenting new material surrounding Warminster, as well as touching on other aspects of the UFO subject, so there will be something new for everyone. Chairman Dave Hodrien will also reminisce about his own UFO sighting which occurred in the area, as well as present his regular sightings update and related news.

UFO sighting  Welling Kent, by Ginette Hobbs. Thanks to Don Ramkin.
This is her account of what she saw on Sunday morning, from outside her house in Welling, Kent. First, she sent me a text: sent at 5:11am 2/9/12

"Well that’s strange. A strange light hovering over tree over school with no sound.

It started to rise up and made a loud jet like sound. As it went over the school the lights went out in the building.  It kept climbing and then went over my house. As I am typing this I hear the noise as if it had come back.”

Then she just ended the text with “oh well night night" so I presume whatever it was didn't appear again or she definitely would've said.

Don has spoken to her again and this is what she has to say:

“I arrived home at 4.50 am locked the car and went into the porch. I turned around to lock the porch door when I noticed a very bright golden light hovering above a tree behind the Junior School. I turned around to take my shoes off and when I looked back it was still there. I watched it for about 5 minutes before it moved upwards above the tree, then made a sound like a roaring jet engine before it slowly started moving. As it came over the school the lights went off in one of the buildings (although this could of been on a timer which I am checking out with the school) It came across the field and over the Infant School before turning and flying over my house. I looked up and although the sky was still a little dark I could make out a triangular shape of the craft. It still had the bright light at the front and red and blue lights on either side of the light and a small white light at the rear. The noise it made was very loud and I remember thinking if it was a plane it would have a white under belly and that it would have been far to low for a jet plane. I went indoors and a couple of minutes later I heard the craft come back over the house making the roaring jet sound again.”

We have been really busy preparing for the London conference , which entails sorting out hundreds, if not thousands, of assorted orbs and other weird images captured on camera, taken in Rendlesham Forest over the last 12 years!

We are still looking for people that may wish to help us with illustrations for the Haunted Skies books. If you can give any free help, you will get free books and any advertising for your work added.  We look forward to hearing from you. Hopefully someone can help.  A huge vote of thanks though to Steve Franklin, David Sankey, Wayne, Anne Mary and others for their assistance.

I’ve long been fascinated by the book by George Leonard called Someone Else Is On Our Moon,  and have been just as fascinated by the image shown in the book of anomalies (see page 20).   Due to copyright reasons I cannot show you the picture concerned, unfortunately, but it is well worth a look if you have a chance to see it.

UFO over Warwickshire
On 5th August, 1996, Carole Corden and Gillian Day were travelling back from rehearsals held at Stratford-upon-Avon Theatre. Carole:

“We were driving home along the A422, close to the Stag Public House, at Redhill, on the 5th of August, 1996, a few miles   out of Stratford-upon-Avon, when we noticed this massive   bright light in the night sky to the North-west, but lost sight   of it due to the trees lining the side of the road.

As we approached Studley, we were astonished to see the appearance of a triangular shaped object, showing an orange light at each tip, with what looked like girders, or lines, covering its outer   surface. All of a sudden it was now hovering over some tall trees on our left, opposite a caravan sales shop, before moving away for good.

The incident was published  in the local Redditch Advertiser newspaper, and attracted a comment made by a spokeswoman acting for BUFORA, who suggested what the women had seen ‘was probably a prototype unmanned military vehicle and not extraterrestrial’. This was an explanation rejected by the witnesses, who spoke live on air to James Whale on Talk Sport  about  their  sighting. We cannot comment on the opinions made by BUFORA, but knew from personal research into the locality that, over the years, there had been other sightings along this stretch of road.

UFO over Llong
Two days a later, at 2.30 am.,  7th of August, 1996, Malcolm Davies, from Mold, North Wales, was driving home through Llong, when the sky was dramatically lit up, followed by the appearance of a tadpole shaped object, with an orange tail, seen crossing the sky:

“It was only a few hundred feet off the ground, heading in a straight trajectory.  To my amazement, it shot straight upwards into the sky at a right angle and disappeared from view within a few seconds - hardly the action of a meteorite, as was later suggested to me. I telephoned Mold Police Station and reported the matter.  The officer on duty there confirmed he had already received a number   of calls from the public regarding this UFO.  The next morning, I received a telephone call from a woman who told me she was from the MOD in London, asking for details of what I had seen.” 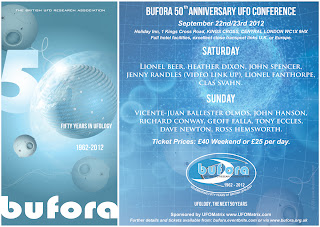 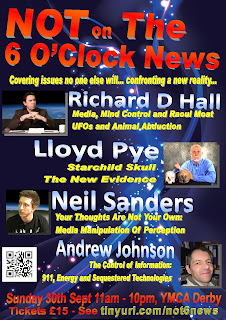 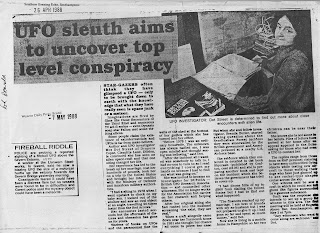