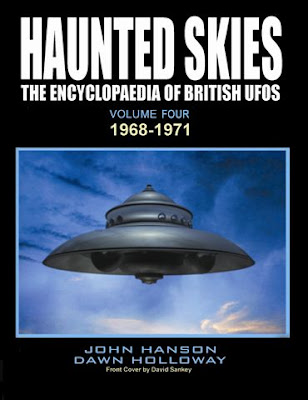 Kevin Goodman popped over to see us and we gave him a copy of Volume 4 it was the least we could do. Kevin has been a source of inspiration for a number of years and has been passionate about recording for posterity the Warminster scene. So it was good to see him.
Barry King also contacted us with regard to his UFO sighting which is contained in Volume 5 and we hope that he may be able to supply us with some additional information as time goes by.
Barry and Andrew Collins were involved in some spectacular investigations over the years, they included a sighting of a triangualr UFO at Hainhault Forest,seen by Police Officers and the Aveley case. We have of course consulted with both of these men about the incidents, and can promises some cracking reports which will be in Volume 5 and Volume 6.

With regard to Volume 5 we have nearly completed the script and are awaiting the result of analysis on some metal fragments that were claimed to have been recovered from the Berwyn Mountains in 1974, thanks to Terry Hooper a Bristol based UFO investigator whom we are impressed with.

Kevin Moore rang the other day he want us to go to Cardiff sometime in March and be interviewed about Haunted Skies, which we are looking forward to as it will boost the sales of the books.

We are sorry about the back cover of Volume 4 a number of people have contacted us pointing out the error, this was beyond any bodies control and we have learnt from the mistake. This Volume will be re-issued so expect a delay of approx a week please.

From Omar Fowler of the Phenomenon Research Association (PRA) A Derbyshire based UFO Group who we "Hi John and dawn, Thank you for your message and thoughts.Picture of 'Victor' below..I had him from a puppy for 9 years.
Best wishes" Our hearts go out to Omar who had to put his dog down today.
here is Victor. RIP 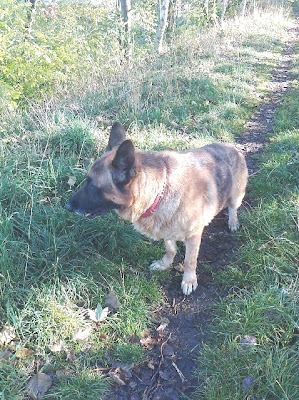 From David Haith a trusted friend, retired Journalist and a man who knows what he is talking about.
Arizona law enforcement agency investigates UFOs
UFO sightings routinely result in torrents of phone calls to newsrooms and police stations.
And while some police stations find UFO reports to be an unwanted nuisance,
a lawenforcement agency in Arizona welcomes reports of UFOs and other paranormal
phenomena.
Ten years ago, according to KPHO, the CBS affiliate in Phoenix, "officials on the NavajoReservation decided to stop the snickering, to treat these witnesses with
respect and thoroughlyinvestigate."This agency, known as the Navajo Nation Rangers, is a federal law enforcement resource,according to retired Lieutenant John Dover, and the management of national parks, fish andwildlife services, and archaeological sites are a few of the agency's responsibilities.

Dover's investigations have revealed a "wealth of information," and KPHO reports that theRangers recently shared with them photos and documents from dozens of
paranormal investigations.Full story and TV news coverage video at link.....
http://tinyurl.com/6nl3tvh

(For a map & photo of venue see our website at http://www.bufog.com/)

In December 2010 a lady from Droitwich had two experiences which would change her whole perception on life and reality. Towards the start of that month, she was abducted from her bedroom and underwent an examination procedure by non-human entities. After this initial experience she was deeply unsettled, so decided to set up a camera in her room to prove to herself that nothing was taking place. Within a week a second abduction occurred. And when she checked the footage the following morning, she was shocked to see that the camera had apparently recorded her de-materialising from the bed! After being forced to come to terms with what had happened, she realised that there were other related incidents leading right back to her childhood, and that she may well have experienced contact since an early age.

In early 2011 BUFOG chairman & investigator Dave Hodrien was passed details of the case and got in touch. Over numerous interviews and a hypnotic regression, the full details of what had taken place were slowly uncovered. Since then, the lady involved has spoken with numerous other individuals from the UFO field, and has also talked of her experiences at Exopolitics 2011 conference. But now she has decided to speak at BUFOG alongside the investigator who has been with her since the start. The talk will feature new information which has never been publicly spoken of before.

Hear a complete overview of the two abduction experiences from 2010, and the many other events which have taken place, some of which have only recently come to light.

After hearing the details directly from the individual involved, Dave will cover how these experiences fit in with the ET contact subject and other cases he has personally investigated.Discover the additional details which were uncovered via the hypnotic regression and which add weight to the authenticity of the case.

Watch the astounding video footage which is already making waves through the UFO community, and which could be physical proof for the reality of ET abduction!

This talk represents a rare opportunity to hear about a contact case directly from the experiencer. Whether you're already very familiar with the contact phenomena, or know very little and want to learn more, you're in for a very interesting evening!

Note: BUFOG is a non-profit making organisation. All entrance money goes into paying for the venue and speakers.

For any further questions including details of nearby accommodation contact Dave on davehodrien@bufog.com

Please forward this advert on and help spread the word about the lecture. Thank you. 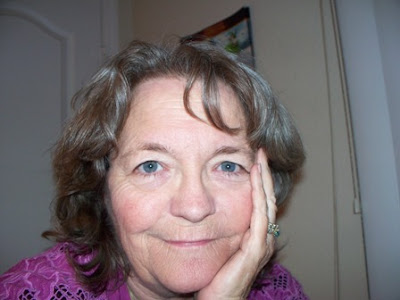 This is Cece Stevens her Dad was Wendle Steven,Rtd USAFAir Force Colonel whom we had the pleasure of talking toover the years. Cece is very much in our opinion 'a chip off the old block' a lovely lady who has also been most helpful to us.l


Volume 6 will cover the Queens Silver Jubilee and feature hundreds of sightings of UFOs and close encounters in what was a 'Wave year' It looks as if we will replicate Volume 3 in as much this will only cover two years 1976 and 1977. If anyone has a photo of Her Majesty or of Prince Philip please let us know as we will be paying our respects in this edition to her. 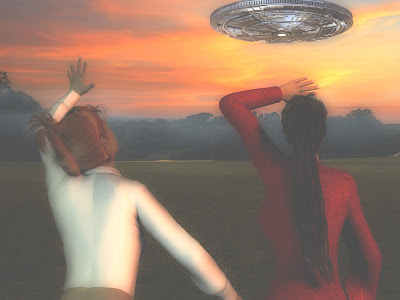 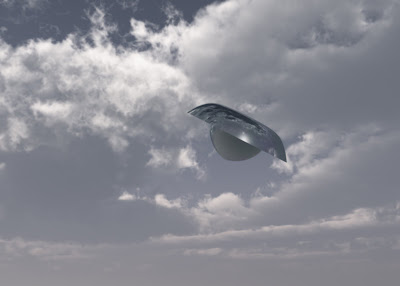 At 6.45 am. 9th July 1981, schoolboy - Wayne Disbury, was out on his ‘paper round’, when he noticed a bright white object on the ground, close to the B4000 road, which runs between Shrivenham and Ashbury, leading to the village of Kingstone Winslow. Thinking it was a plastic bag, he continued on his ‘round’.

At 7.35 am. Michael Winley - a member of the Royal Observer Corps, was driving to work along the B4000, heading towards Ashbury, when he noticed two horses in the field acting in an agitated manner. Thinking they were being worried by a dog, he stopped his car and got out, ready to chase off the animal.

“I was surprised to see a bright object on the ground, near to the horses, and assumed it might have been a meteorological balloon, and went over to pick it up. As I did so, the object, resembling a dustbin lid in shape, 2-3 feet in diameter, chrome top and black base, funnel or tube protruding from its centre, showing what looked like a small truncated cone on its front, with a number of small indentations around its perimeter, rose vertically upwards, between 150-200 feet off the ground, and flew silently over the head of Mr. Winley, and descended before coming to a halt, approximately 70 feet off the ground.”

A business colleague of Mr. Winley’s - Kevin Clarke, was driving along the same stretch of road, when he noticed Mr. Winley’s car, and pulled up at 7. 45 am. curious as to what was going on. After making his way over the field, he was astonished to see the object hovering in the air.

A few minutes later, another workmate - Raymond Millin, also turned up. He and the other two men stood watching it before it moved off towards the direction of Idstone, parallel to the B4000 - until lost from view.

At 8.05 am. Mr. & Mrs. Richardson, accompanied by Mr. & Mrs. Case, were travelling along the B4000, towards Swindon, in the opposite direction to the other witnesses, when they saw a small object approaching their position, 2-300 yards away, travelling slowly - no more than l0 mph. - described as being, ‘Two feet in diameter, by 8 inches deep - a light metallic colour, (mottled on top), with a dark base, showing indentations’.

Mr. Richardson noticed a small hollow tube sticking out of the base, although the others didn’t see this. He then stopped the car, adjacent to the field, and got out - in time to see it pass directly overhead,15-20 feet up – apparently, as if to land. At this stage, he decided to continue his journey to work

The incident was later brought to the attention of Marty Moffat, of the ‘SCUFORI’ UFO Group, who launched a thorough investigation into the matter, wondering whether a remote control balloon could have been responsible, but finally concluded, in view of the lack of any further information, to classify it as an unidentified object.

Bottom photo found by Bob Tibbitts on his PC any ideas? 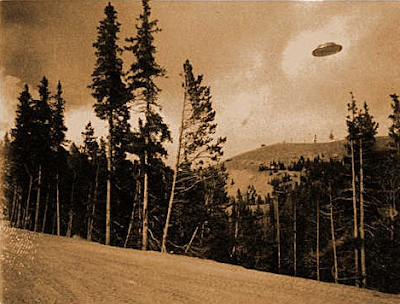