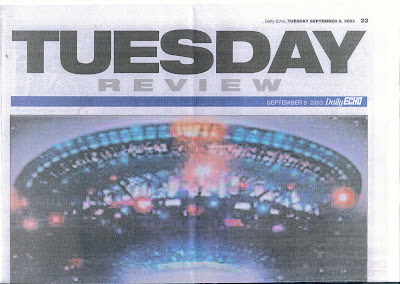 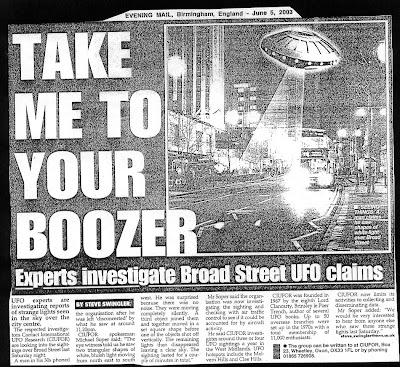 Im pleased to say that David Bryant of 'Spacerocks 'fame who has been a mine of useful information with regard to his conversations with the American astronauts, has also agreed to assist the Haunted Skies team ( Two of us) +Editor and family - with the preparation of someoccasional illustrations which we thought was very nice of him. But thats David Bryant! And also thank you very much to Paul David's friend who was kind enought to send us copies of the DVD's he made of the UFO lectures at Woodbridge Community Hall, Suffolk.
Ispoke to Richard from Bromsgrove Worc's today, he and his family sighted a half mon shaped object in the sky above the town last week. Full details will follow in due course. (Wasn't a similar object seen by Colonel Halt in the sky during December 1980?)

Its been a busy week with the birth of my new granddaughter Holly who was going to be born at Christmas but was born three months early. Congratulations go to my son Chris
and his wife Jo..... I suggested a photo of Holly with Haunted Skies but that didnt go down very well! Ed Staff of BBC Radio Stafford wants to do a talk next week and has asked for a preview ( free copy) which I shall do) I will let you know when that happens so you can all listen! 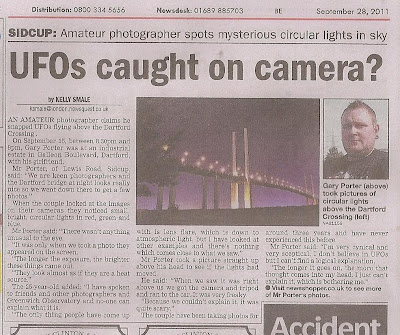 Don Ramkin from London send us the above newspaper cutting.