I read your first two volumes of Haunted Skies and enjoyed them immensely. The amount of detail and the necessary research must have been enormous. I would highly recommend both books to anyone interested in understanding the just how often we are being visited. For those that think our experience at Bentwaters was a single event have a surprise. I look forward to volume Three.


UFO lectures Woodbridge CommunityHall Suffolk
On Saturday the 10th of September we drove near enough 200 miles down to the above venue, where we met up with our friend, David Bryant and his charming wife Linda in the hall, not forgetting their friend Paul. 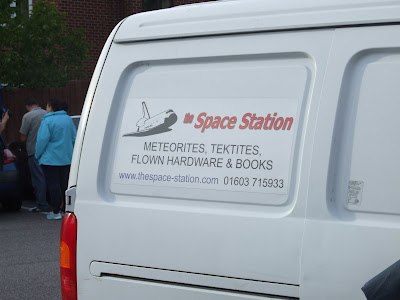 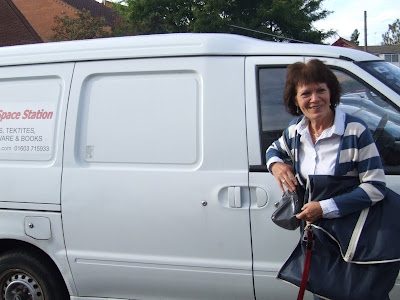 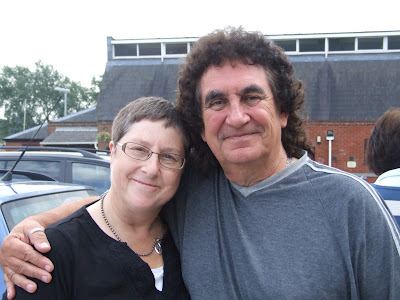 After having a bite to eat at the local pub and glass of tonic water we made our way back to the venue. 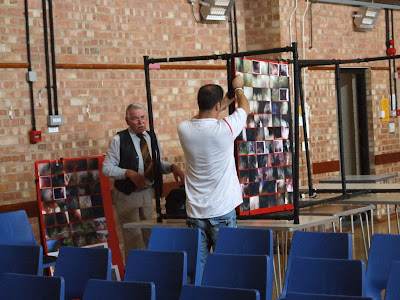 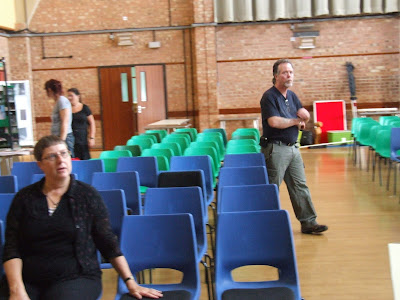 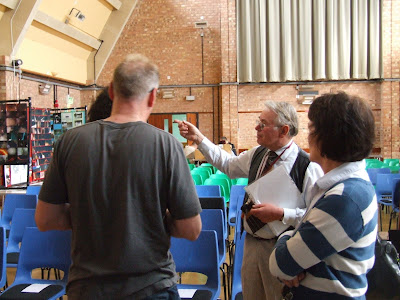 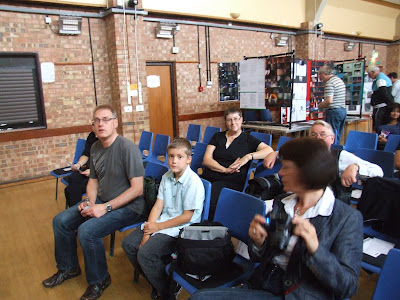 Brenda Butler was the first to address the audience. 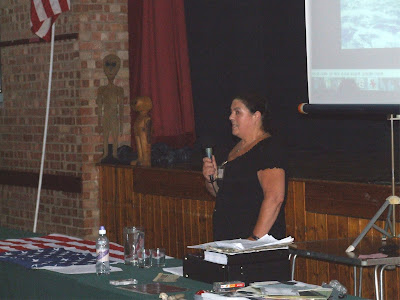 She ran through the events that had taken place at the airbase and how she and Dot hadbecome involved in attempting to find an answer to the mystery that still eludes us to this present day. Her ‘stall’ also showed many photographs of anomalies which have been taken by her over the years whether this has anything to do with the actual event in 1980 is a matter of conjecture. 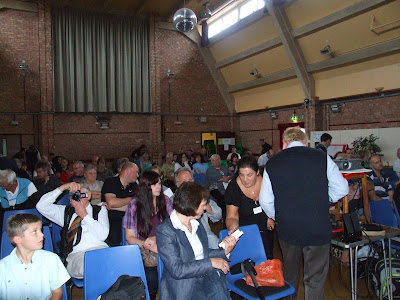 Peter Parish followed her and presented many photographs taken in the forest showing the strange indentations found in the forest floor (attributed at the time by the attending Police Officers as rabbit scrapings!) 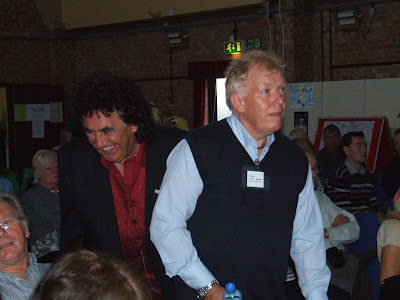 That man again on the left and Peter Parish! 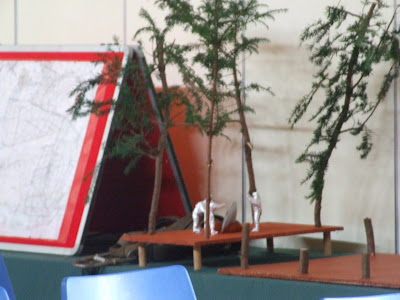 Peter has also built a scale model replete with three silvery suited figures and a disc shaped object that was seen in the forest by a witness who was warned off by the military following the event having taken place. Incredibly Peter even brought the trunk of a tree into the hall as part of the evidence accumulated by him to show that the marks on the trees in Area one had been caused by something crashing down into the trees. (The trees are now long gone)

I followed Peter and discussed the problem we were having trying to get the Press interested in featuring our work, despise their promises, and showed the audience many news paper reports relating to UFO sightings that had in the main been published very much ‘tongue in cheek’ with their banner gabbing headlines which in my opinion denigrated the subject of what UFOs were all about.

I played the tape of James Salandin UFO sighting in 1954, and was going to play the recording made with the ex Police Officer from Wellingborough who was threatened and intimidated after he reported the incident to the MOD. But I didn’t as there were some young children in the audience and I didn’t want them to hear any swearing,which was frustrating. I also decided not to include other information which I thought they may have found frightening. I will include this information on the next blog.

Some images of anomalies were then shown and also the stones recovered from Rendlesham Forest.We then showed a short clip of film of the UFO we saw on the 27.12.2000, as we were unable toplay the full length version,due to a techincal problem. One gentleman thought it was a Chinook until he changed his mind! after viewing further parts of the film.

I was disappointed that nobody bought the books which were on sale, at least four people wanted to buy them but they said they hadn’t got any money! But we felt our commitment to producing the books and getting ourselves known to the audience was paramount.

David Bryant followed me and gave a polished performance as good as the rocks and other meteorite /space rocks memobarellia he sells. He is the sort of man that is a pleasure to listen to with a really good sense of humour, If he had burst out into song it would be have surprised me.! 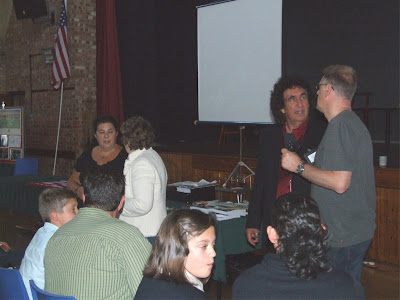 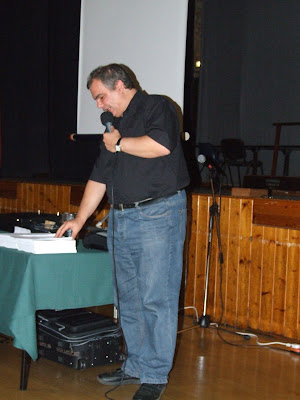 This is Matt Lyons who drove down from Tunbridge Wells to deliver a short but interesting talk about BUFORA, and their aims. He is a very nice man and a pleasure to know.

After David came Larry Warren who needed no introduction, he was cheered and whistled on to stage reminiscent of a gladiator entering the gladiatorial ring, he is very popular and his reputation precedes him. He spoke about ground already familiar to us, and gave a very good talk despite a croaky throat. At about 11.30pm the evening came to an end and we left…………. 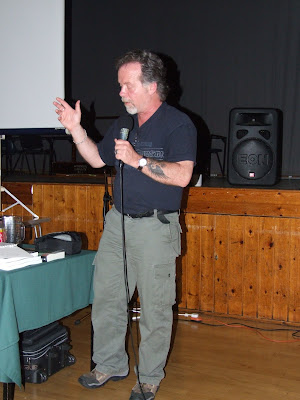 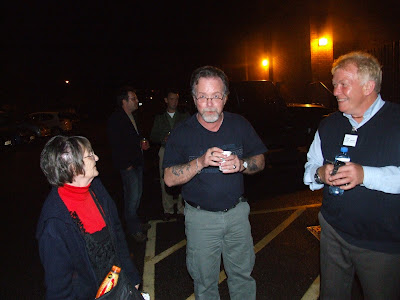 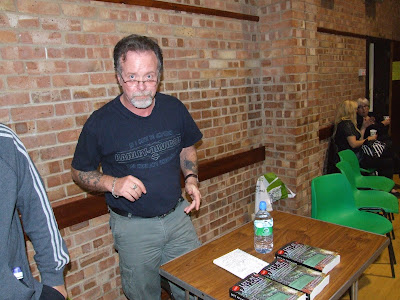 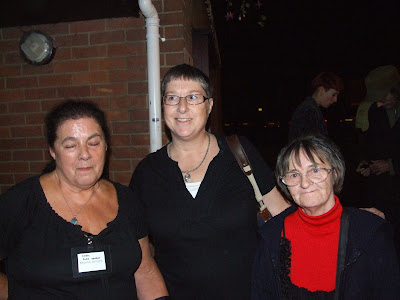 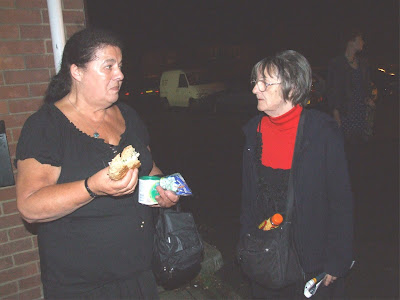 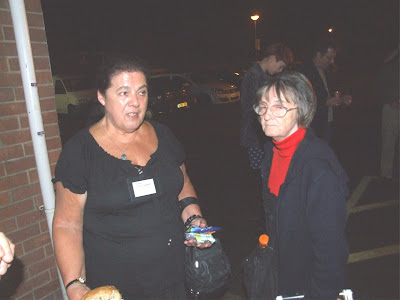 Thanks to Lionel Beer a number of mint condition Skycrash books were on sale we bought some and asked Brenda and Dot to sign them up, what a unique opportunity this was! Mark Doulton also turned up from the South End Group? Had a natter with him….If I have forgotten anyone else sorry! It was thoroughly enjoyable evening and thanks go to Goordy Dave and Brenda for making this come true!

From Lizzie re blog.."Just wanted to say a couple of things re thr Blog: am thoroughly enjoying it! The work you've done is amazing! Incredible how much information you have both managed to collect. Anyway, wanted to say so and don't have an email for either of you, hence it being on here"

(For a map and photo of the venue visit the BUFOG site at http://www.bufog.com. If you would like details of somewhere nearby to stop overnight get in touch with Dave)

Mike is the originator and writer of the British strip cartoon: ‘Ben's World’ and, most recently, the co-author of ‘The Zen of Ben’, a cartoon guide to Life and the Universe. He is also the author of the book ‘Does It Rain In Other Dimensions?’, which is written from the perspective of a lifetime of personal experience with visitors from off-world, both as an investigator and contactee. This book offers a retrospective and a current look at the alien abduction scenario and includes the author’s amazing abduction incident at Area 51, Nevada, and DNA symbols for consciousness change, given to him by Light Beings.

Mike will be talking about some of the topics from his book: a brief look at the early years spent in Warminster, the missing time experienced at Area 51 in 2004 and the Light Beings experience and the symbols given to him. The lecture will also include amazing photographic images of light phenomena captured near his home earlier this year.

BUFOG Chairman Dave will also be speaking of some astounding similarities discovered between Mike's symbols and those from another case he has previously investigated. This new evidence has some amazing implications and has never been spoken of publically before.

From: stoneseeker@waitrose.com
Subject: 2011 Convention of Earth Mysteries
To: "L brown"