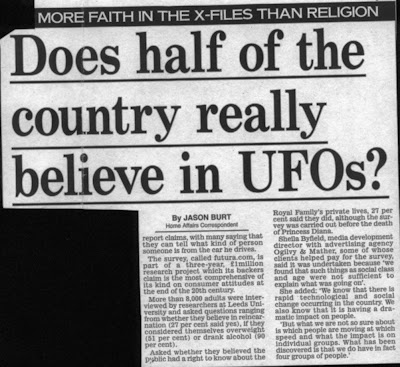 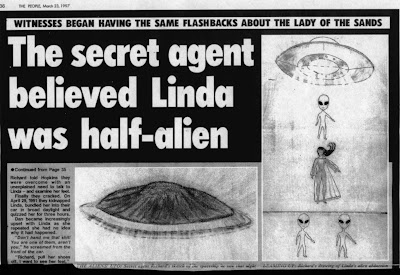 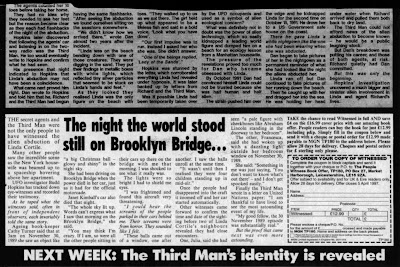 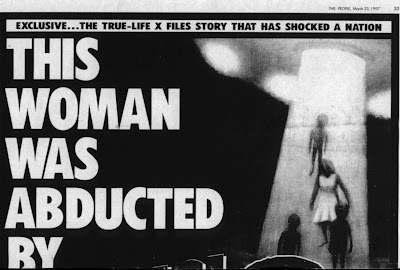 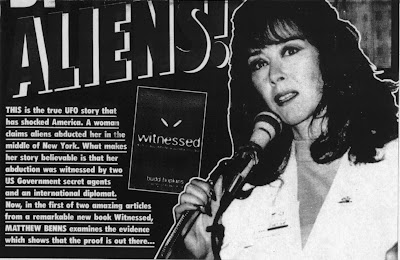 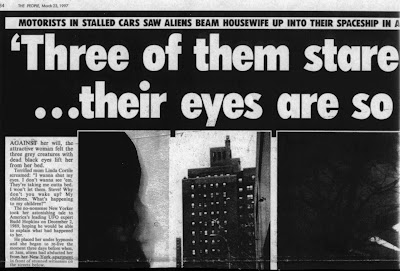 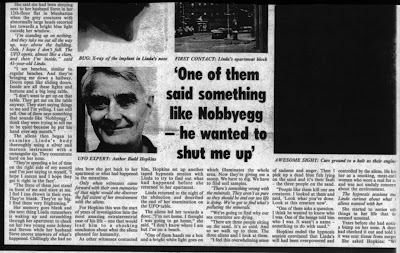 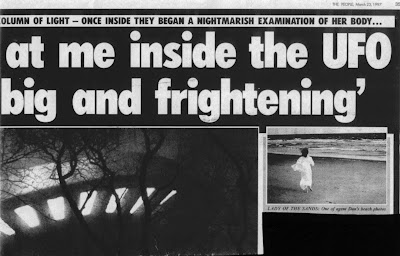 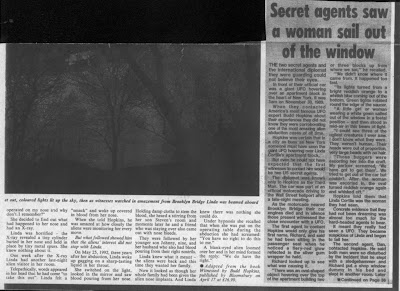 Illustration by Wayne Mason of UFO, which will be featured in Haunted Skies 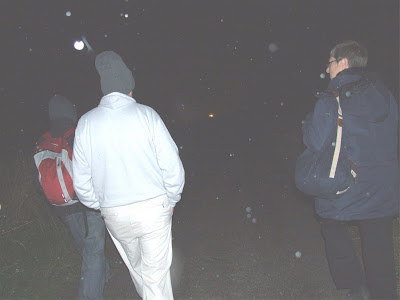 Another photo from the Cradle Hill Sky-watch. Strange grouping of lights/raindrops seen on this photo (bearing in mind Dawn told of sighting three small lights while on the top of Cradle Hill). People used to tell me about the orange orbs they had seen running along the tracks in Rendlesham Forest years ago - I used to smile and humour them (!) until I saw them for myself and even photographed them. But of course I am told by other people that it is all in the mind! 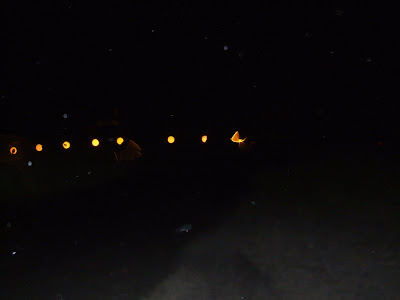 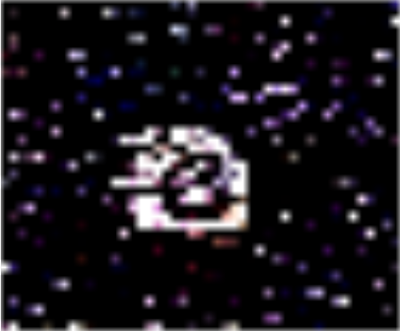 A still from a UFO sighted over the Woodbridge area in 2004. A woman UFO researcher sent the film back to the witness and said it was of no value!

An email from Debbie of the Worcester Life (she is interested in featuring us and the Volumes of Haunted Skies):

Dear John-We are starting to put together the local Christmas gift guide together, which features local craftsmen and artists, to encourage people to stay local when they do their Christmas shopping and the editor has passed on your details to me as she thought it might be nice to feature the first three Volume of Haunted Skies if possible.Therefore if you were able to send me some information about the volumesand some high res images of the covers in the next week or so (we work quite a long time in advance!) it would be great.Any help would be gratefully received,Debbie

A married couple was driving along the A419 between Frampton Mansell and the Sapperton turn off at 9.49pm 15th March 1994 heading towards Cirencester when they noticed a white light descending through the sky which they took to be a meteorite. Their curiosity aroused they decided to pull up to have a closer look at a point where they thought the ‘object’ had come down“After stopping we were amazed to see in a field too our left at a distance of about 80-120yards a triangular white light close to some green lights which were darting about rapidly but becoming stationary from time to time, illuminating the ground with a pinky purple light which appeared to be about two feet above the ground. I got out of the car leaving my wife still in the vehicle and continued to keep observations for a few more minutes, during which time I saw green lights with conical beams illuminating the ground and moving about erratically I was not parked very safely, I decided to drive around to the other part of Sapperton Road north of the A419 which took me about six minutes when I reached that point I looked out and saw the green conical beams were still there going on and off. I then reported the matter to the Police at Cirencester at 10.20pm they said they would send a mobile unit to have a look “

At 4am November 2nd 1986 a huge cylinder-shaped craft was seen by a number of eyewitnesses hovering in the sky over the Emley Moor TV Transmission mast Holmfirth. Police Officers arrived on the scene at around 4.20am and watched the UFO, which they estimated was hovering at a height of 1,200 feet above the mast showing bright white lights at either end, for several minutes.

Officers reported the sighting to the Civil Aviation Authority, which could offer no explanation. It was confirmed it was not a commercial or private aircraft.(Source: Declassified Ministry of Defence documents./ Wakefield Express City newspaper.)